Why Keeping Fit Is So Important – My Heart Operation 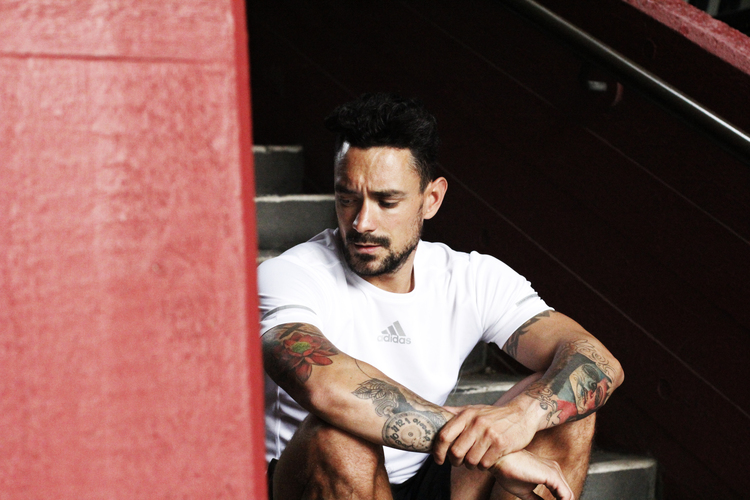 29 Sep Why Keeping Fit Is So Important – My Heart Operation

Posted at 21:01h in Uncategorized by invtech
0 Likes

No my fitness routine is not putting on some new adidas gear, finding the nearest brick wall and pose, although it does look like it from the images! I tend to keep myself relatively fit all year round, I’m not really one of these fitness part-timers who only keep fit during January; for the two months leading up to their next holiday; because they decided to sign-up for a 5K run or maybe some hot female instructor who you matched with on Happn works at your gym.

Not many of you would know, but a couple of years ago I was diagnosed with a congenital heart defect (meaning I’ve had it since birth, although undetected). The defect was a Patent Ductus Arteriosus (PDA). Before a baby is born, the fetus’s blood does not need to go to the lungs to get oxygenated. The ductus arteriosus is a hole that allows the blood to skip the circulation to the lungs. However, when the baby is born, the blood must receive oxygen in the lungs and this hole is supposed to close. If the ductus arteriosus is still open (or patent) oxygenated blood from the lungs via the aorta mix with deoxygenated blood from the pulmonary artery, causing the two to mix. This puts strain on the heart and increases blood pressure in the lung arteries. In my case my left ventricle was enlarged as it had been working overtime pumping that blood around the body for 33 years of it’s life. The heart is a muscle after all – the harder it has to work the larger it will become to compensate for that extra work.

It was actually diagnosed during a checkup that I had when I found a lump on one of my testicles, which itself turned out to be nothing – however I was treated with a heart operation instead! The operation itself was pretty scary, I had full trust in the surgeons and put a brave face on things but when someone says to you that they have to operate on your heart, in the back of your head you cant help thinking you are not going to wake up from it.

The surgery itself wasn’t intrusive at all…they simply took a tube with a camera and shoved it up an artery in my groin all the way up to my heart. Where they simply plugged the PDA with what I describe as a bit of cotton wool, champagne cork or science gauze – which stops all blood flow across the ductus arteriosus. Within hours and certainly days, tissue forms over the ‘plug’ and my left ventricle returned to within normal size range. Winner, does that mean I can now be an olympic athlete?!

This heart defect isn’t that uncommon…well in children it isn’t, but in 30+ year old men it is rare. It is rare that such a defect that you live with 100% of the time remains undetected. Thats where my fitness comes into play. If I was an unfit slob, over indulging on trans fatty foods whilst sitting on my arse playing Playstation with my online pals kinda guy – I would probably of had a heart attack or stroke by now or something worse. I put the reason down to not having any major symptoms to keeping myself fit and healthy.

It really is SO important to keep fit all of the time not just 1 month on 3 months off…so why not try something new this week. What about some personal training, group fitness with British Military Fitness or yoga?